So, yesterday evening (Saturday), hubby warned me that my mother in law was coming to dinner tonight (Sunday) for her birthday. That's all the notice I was given. Then he had to go out to give a lecture for the university.

While he was gone, I realized he has been out of town, running constantly since he got back, and the chances of him having gotten either a gift or a card for his mom were pretty slim. He just hasn't had time.

I, however, had been thinking ahead. For Christmas, I thought, but I'd forgotten her birthday was this month. (For some reason, I have it stuck in my head that she's got a spring birthday...). Well, luckily, the materials I'd ordered to make her a Christmas card came in on Friday. How's that for timing?

So, I hurried and made her a quick card for her birthday instead. And, luckily, it was a hit! She's a fan of Asian art. I kept things simple and used paper from the Die Cuts With A View Far East Stack which, luckily, coordinated not just with each other, but with her tastes as well. If I'd had another afternoon, I would have fussy-cut the butterfly and branch against the outer frame instead of box-cutting it like I did, but I didn't have enough time to do that right. 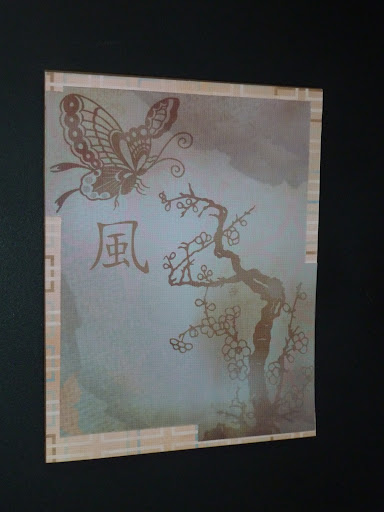 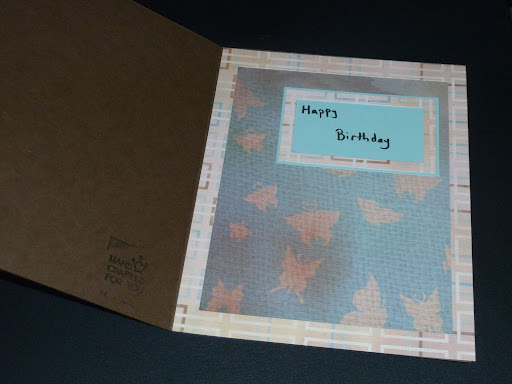 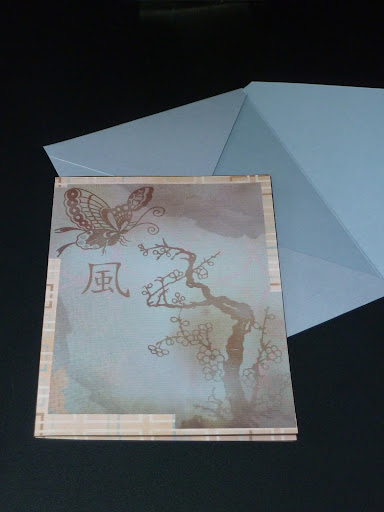 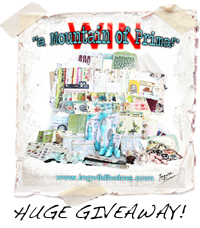 Subscribe to this blog by providing your email address below